We live in an era of change.  At Leader, we have seen the future before.  Our Research and Development into Auditory Perception and 3D Stereopsis created the most technologically advanced Leader Hollywood Format(tm) design elements and sound systems to establish the highest degree of entertainment value.

Sumptuous interior design represents a fusion of passion and savoir faire, a rich vision of sensuality and glamour.  Welcome to the world of Leader Luxury Cinema.

World-Class design and performance where only the best will do establishes experiences far beyond ordinary home theatre.  Leader has created mission critical theatres ranging from concert hall sized venues seating 2000 or more to the luxurious confines of ones residence and production studios alike.  Systems for the Stars (tm)....a w-o-w experience.
​ 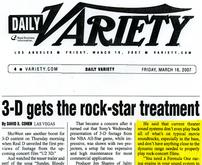 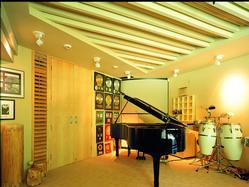 LHF(tm) represents the pinnacle in the quest to achieve both elegance in design together with unparalleled studio grade technological developments across multiple dimensions of sound, picture and ones sublime residence.
LHF(tm)  p​rojects are each created by studio professionals in concert with the client and the project lead architect.  For over a half century, the Leader name represents the hallmark in the achievement of superlative entertainment systems.

MORE: Gallery & Case Studies
CONTACT US
HOME
The inner sanctum sanctorum in the creation of   of music.  Studio acoustics and technical systems by their very nature are akin to "formula one" racing.  Mission critical in reliability, the needs of the artist and musicians are incorporated into our world-class designs.  From down beat to "it's a take" a Leader Studio enhances the musical form.